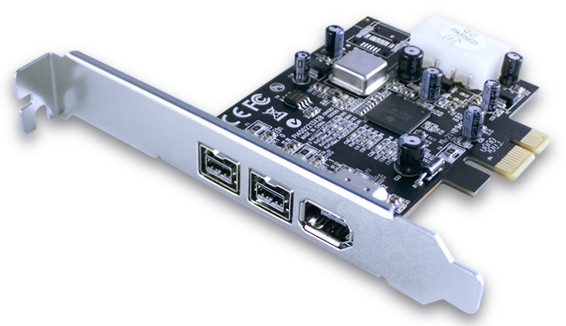 The card is billed as ‘plug and play’, but no driver is loaded by default on Raspberry Pi OS.

An attempt was made to compile in the proper driver, by recompiling the kernel with the following option added via menuconfig:

But the card still didn’t show a kernel module loaded, and no devices have been able to be used with the card yet.

If you'd like to purchase this card, it helps me out if you use the following product link:
Vantec 2+1 FireWire 800/400 PCIe Combo Host Card (UGT-FW210)