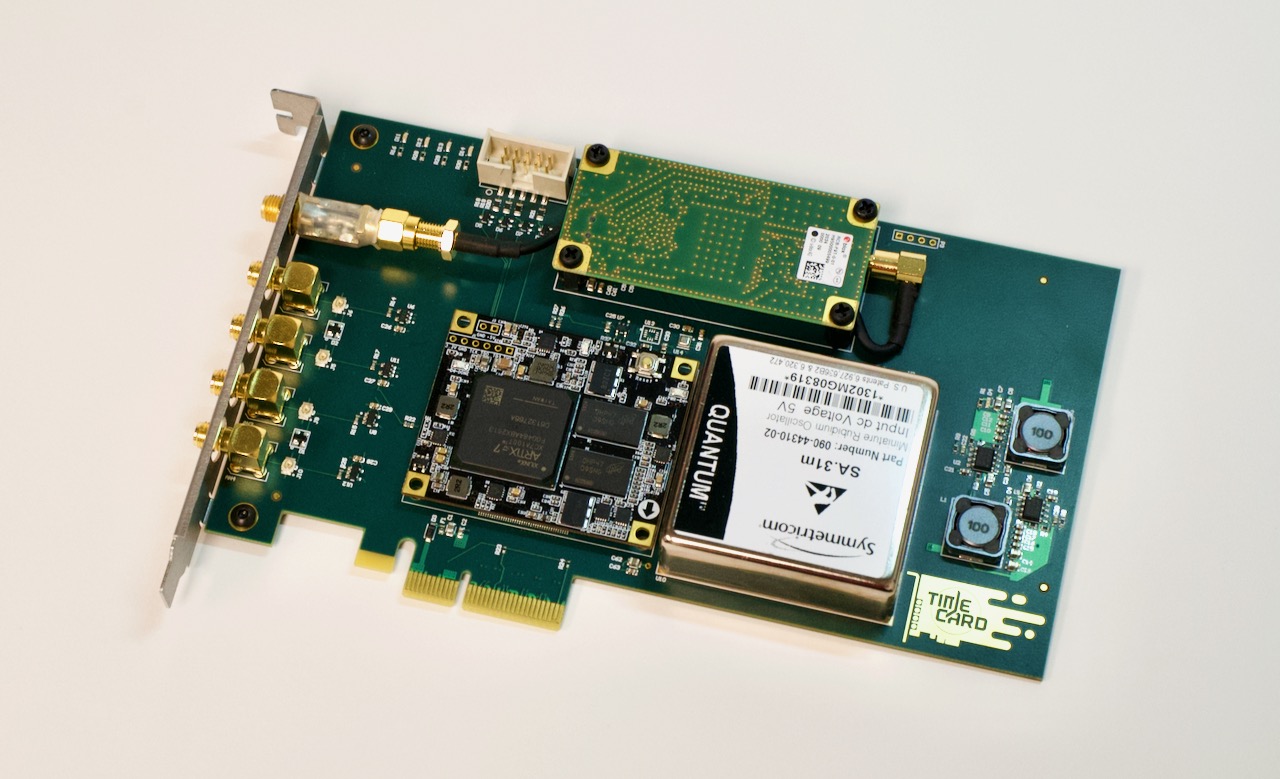 Time Card is the heart of the Open Time Server project. It is an entirely open source board design that can be used with the OCP PTP driver in the Linux kernel to run a computer as a grandmaster clock source with hardware timestamping.

The card includes a GNSS receiver, a rubidium oscillator, and an FPGA to translate the timing signals on the PCI Express bus.

The card works with the Raspberry Pi Compute Module 4 IO Board using a riser or adapter (the card is x4, while the IO Board’s slot is x1), but you currently need to compile a custom Pi kernel to use it, with kernel 5.11 or later (I tested with kernel 5.14), and with the following option enabled in menuconfig:

The NIC built into the CM4 (Broadcom BCM54210PE PHY) has PTP support, but the IEEE1588-2008 support is currently not enabled in Pi OS itself, so you can’t currently use the Pi as a PTP time source with hardware timestamping.

It remains to be seen whether the CM4 could be used with a PCIe switch and an external NIC with hardware PTP timestamping support in tandem with the Time Card.

If you'd like to purchase this card, it helps me out if you use the following product link:
Time Card - Open Compute Project