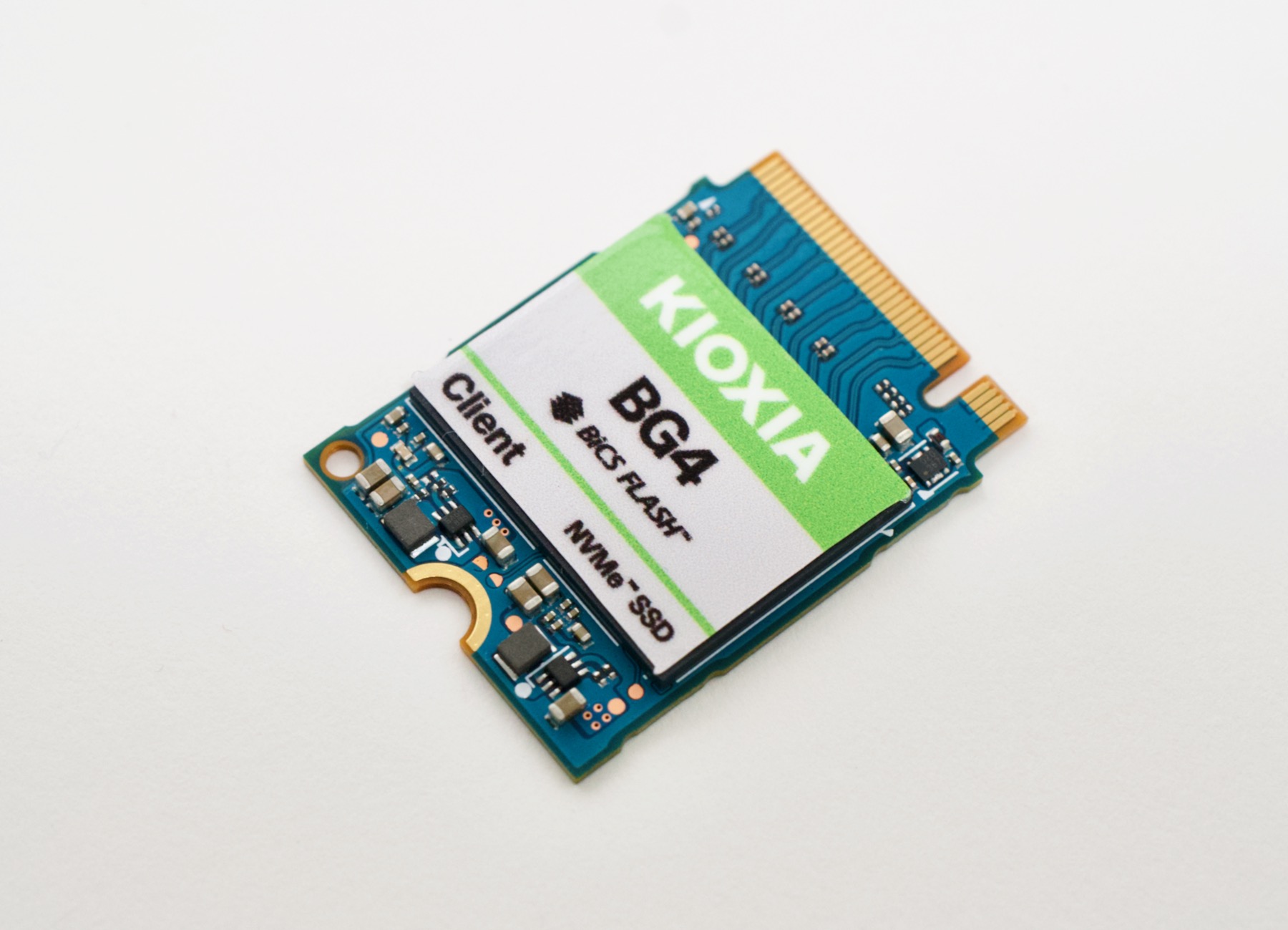 It is an inexpensive SSD that doesn’t include any DRAM, and relies on a technology called NVMe Host Memory Buffer (HMB) that essentially moves NVMe cache to the system’s RAM.

Using my disk-benchmark.sh script, I got the following performance numbers on the Pi CM4:

If you'd like to purchase this card, it helps me out if you use the following product link:
KIOXIA BG4 M.2 NVMe SSD