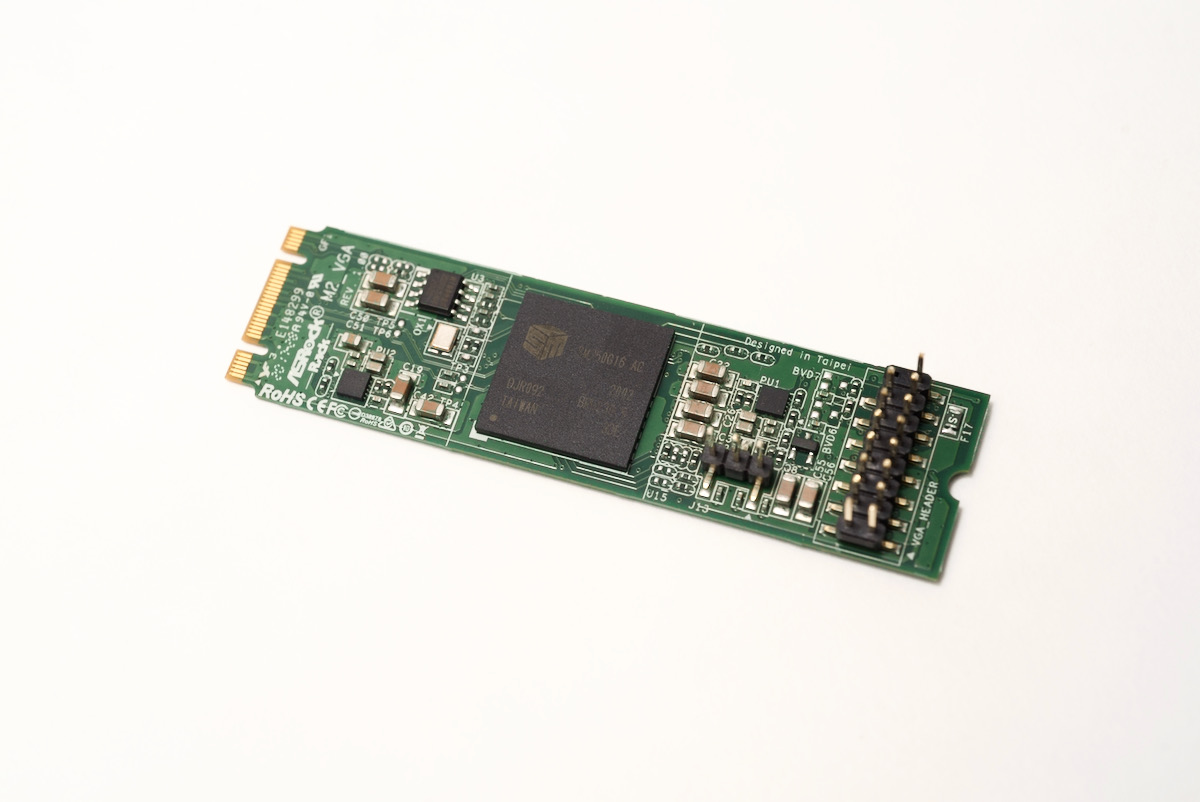 The M2_VGA is a tiny M.2 form-factor video card that features the SM750 GPU. This GPU doesn’t have a 3D rendering engine, it only has 16 MB of RAM, and it’s meant more for basic graphics like you’d find in a kiosk or an appliance—or as a very simple and power-efficient graphics processor for a server.

It requires an M.2 M-key to PCI express adapter (like the MZHOU adapter I used) to plug into the 1x PCIe slot on the CM4 IO Board.

The card also requires a separate 4-pin molex power source, so I used a separate Molex power adapter to supply power to the board; you could also jumper power to it from the IO board if you’re so inclined, but figuring that out is up to you :)

The SM750 GPU chip requires a driver to operate, and there is an open source driver in the Linux kernel ‘staging’ directory. The driver has been panned by some as having poor coding practices, and has not been updated to use the drm subsystem in Linux, so it could take some work to get it working… but let’s give it a try!

To get the sm750fb driver loaded, you have to recompile the Linux kernel for Pi OS.

After copying over the new kernel and modules, and rebooting, the entire Pi locks up and requires a hard power reset. Go figure.

See the linked GitHub issue for more details on how I tested this card. I’ve even tried contacting kernel maintainers who are or were listed as working on the module in the past, but to no avail.

If you'd like to purchase this card, it helps me out if you use the following product link:
ASRock Rack M2_VGA