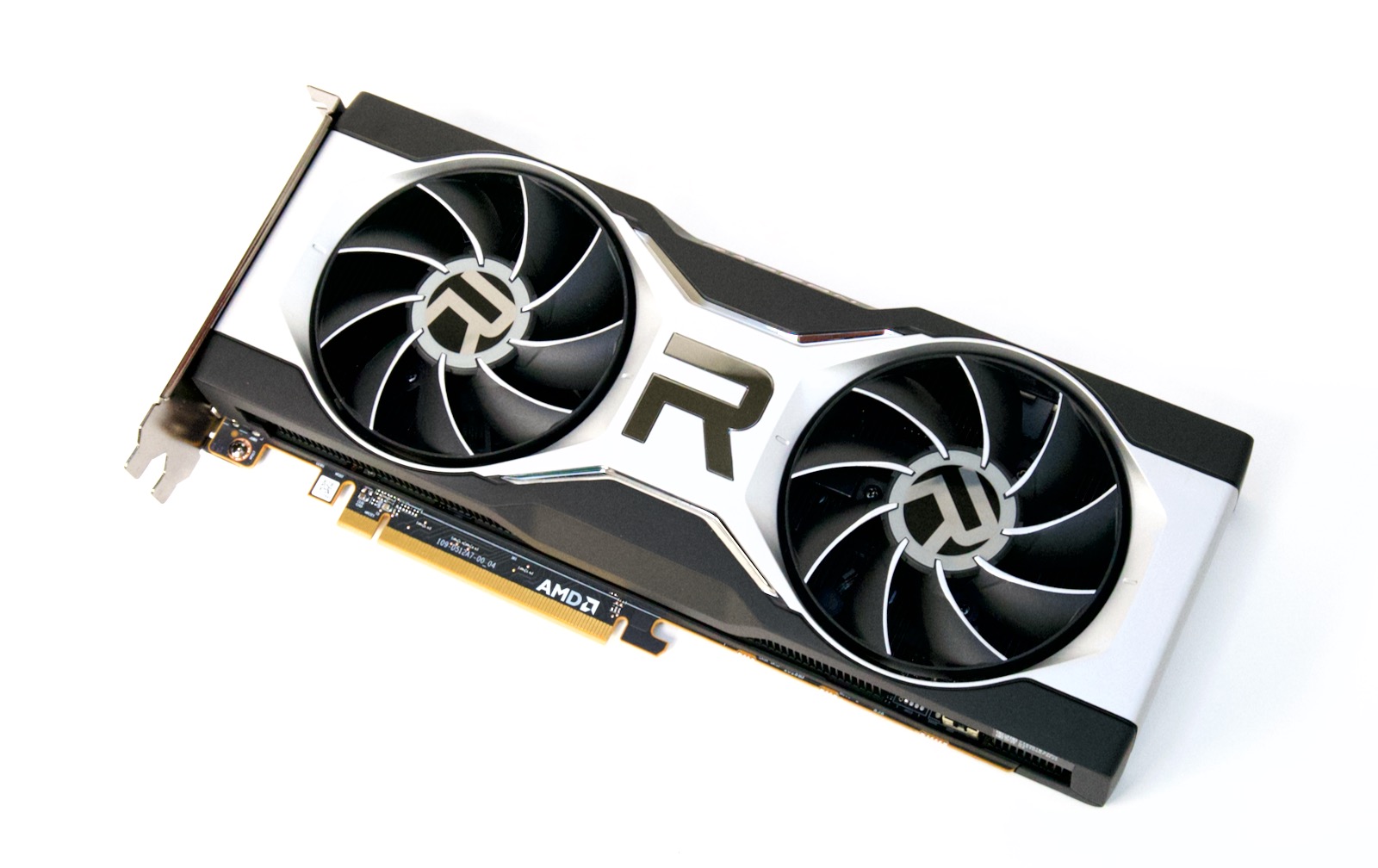 The Radeon RX 6700 XT (“Navy Flounder”) was released in 2021 and is supported by the open source amdgpu driver in the Linux Kernel, version 5.11 and later. It is also supported by AMD’s Radeon Software for Linux as of the 20.50 version.

It will require a 1x to 16x adapter, or some other means of adapting the 16x-sized card pins into the 1x slot on the CM4 IO Board. You will need to supply 20A of 12V power (about 230W) to the card directly through it’s separate power plugs.

To get the amdgpu driver loaded, you have to recompile the Linux kernel for Pi OS on the 5.11 branch or later.

Go to Device Drivers > Graphics support on the menuconfig step, and select the amdgpu driver to install.

Also make sure you have the AMD firmware installed (sudo apt install -y firmware-amd-graphics) or the driver will complain about missing files.

If you want to be able to boot the Pi all the way, make sure to blacklist the amdgpu kernel module:

Now, after a reboot, you can explicitly load the module and see what happens by following dmesg in another terminal session:

I haven’t yet run the card on the Pi, so we’ll see what happens then!

If you'd like to purchase this card, it helps me out if you use the following product link:
AMD Radeon RX 6700 XT 12GB PCIe x16