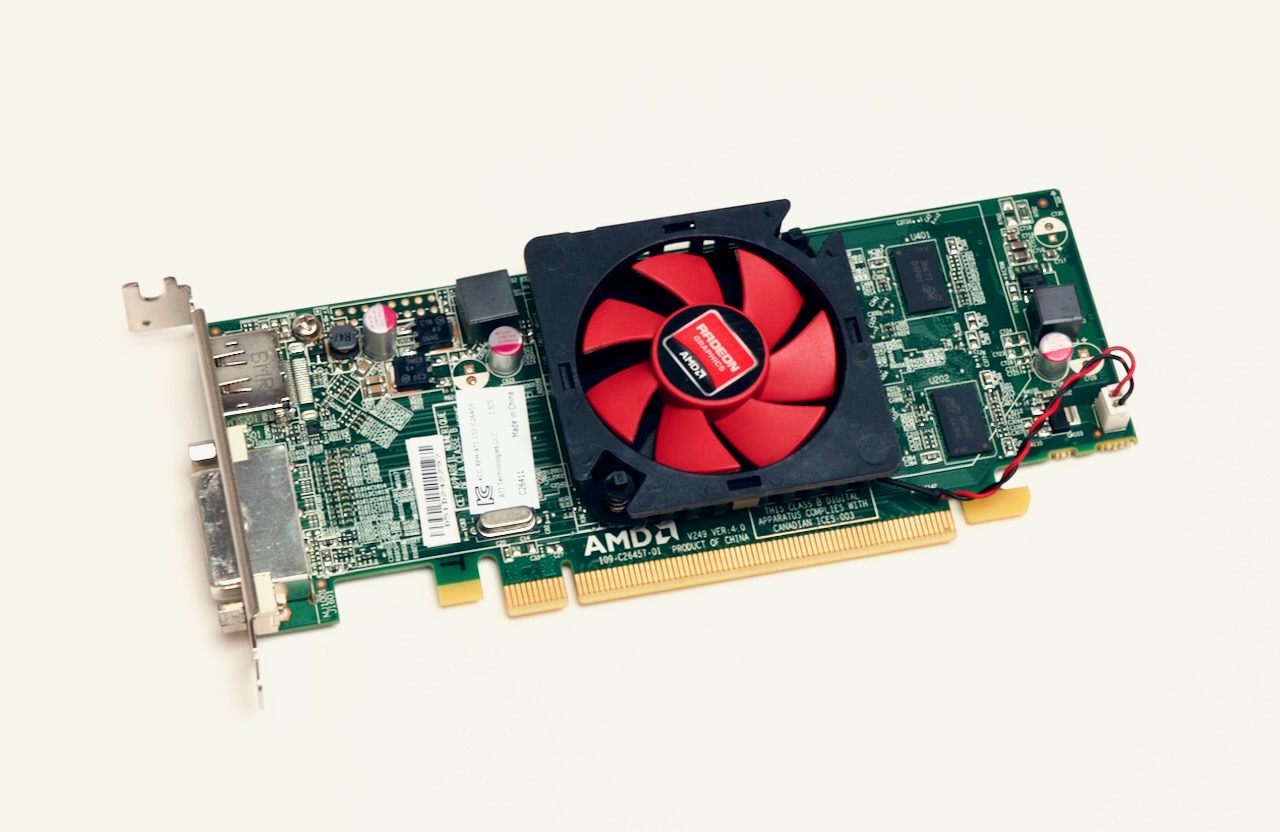 Dell’s AMD Radeon HD 7470 has 1GB of GDDR5 VRAM, uses the Caicos GPU (“Southern Islands”), and was launched in Jan 2012 (according to TechPowerUp). Power draw is rated at 27W maximum, which could be an issue if driving it direct off the Pi’s PCIe slot without an externally-powered riser.

To get the card working currently, you need to:

Once that’s done, you should be able to get Xorg working, or just a console. Note that the driver doesn’t seem quite stable yet.

See linked GitHub issue for more details and progress getting the card working.

If you'd like to purchase this card, it helps me out if you use the following product link:
AMD Radeon HD 7470 1GB